The Navy and Marine Corps are finalizing a list of requirements for the light amphibious warfare ship that Navy leaders say is critical to how the service will conduct its future island-hopping campaigns.

Services pitches LAW as a medium amphibious warfare vessel with a small crew that can transport 75 Marines from shore to shore without tying up the Navy’s largest amphibious vessels for smaller operations, for a price of 150 million dollars or less per hull.

“You look at the existing portfolio and you have our existing, globally deployable, long-lasting, multi-purpose L-class ships. And then you have the smaller complementary surface connectors that go into these L-class well decks, but there’s the gap between large general-purpose amphibs and surface connectors. We again need the capability of a medium sized landing ship. And that’s what the light amphibious warfare ship is designed to accomplish,” Capt. Scott Searles, PMS 317 program manager who oversees the amphibious assault and connector programs, said Thursday.

The Navy and Marine Corps are still working on the final list of requirements for LAW, with the platform outline nearing completion and analysis of alternatives awaiting Pentagon approval soon, Searles said.

For decades, the Navy operated Tank Landing Ships (LSTs) that allowed the service to travel long distances over blue water and drop tanks directly to shore. However, the advent of a Landing Craft Air Cushion (LCAC) that could carry tanks ashore from larger amphibious ships over long distances prompted the service to dispose of its last LSTs in the early 1990s. 2000s. For 20 years, the Marines planned massive and contested amphibious landings that would deposit large groups of Marines ashore. However, the new Forces Design 2030 service effort calls for smaller units of Marines to move quickly from island to island and spread out over large swathes of territory, again making a modern LST-like vessel attractive. 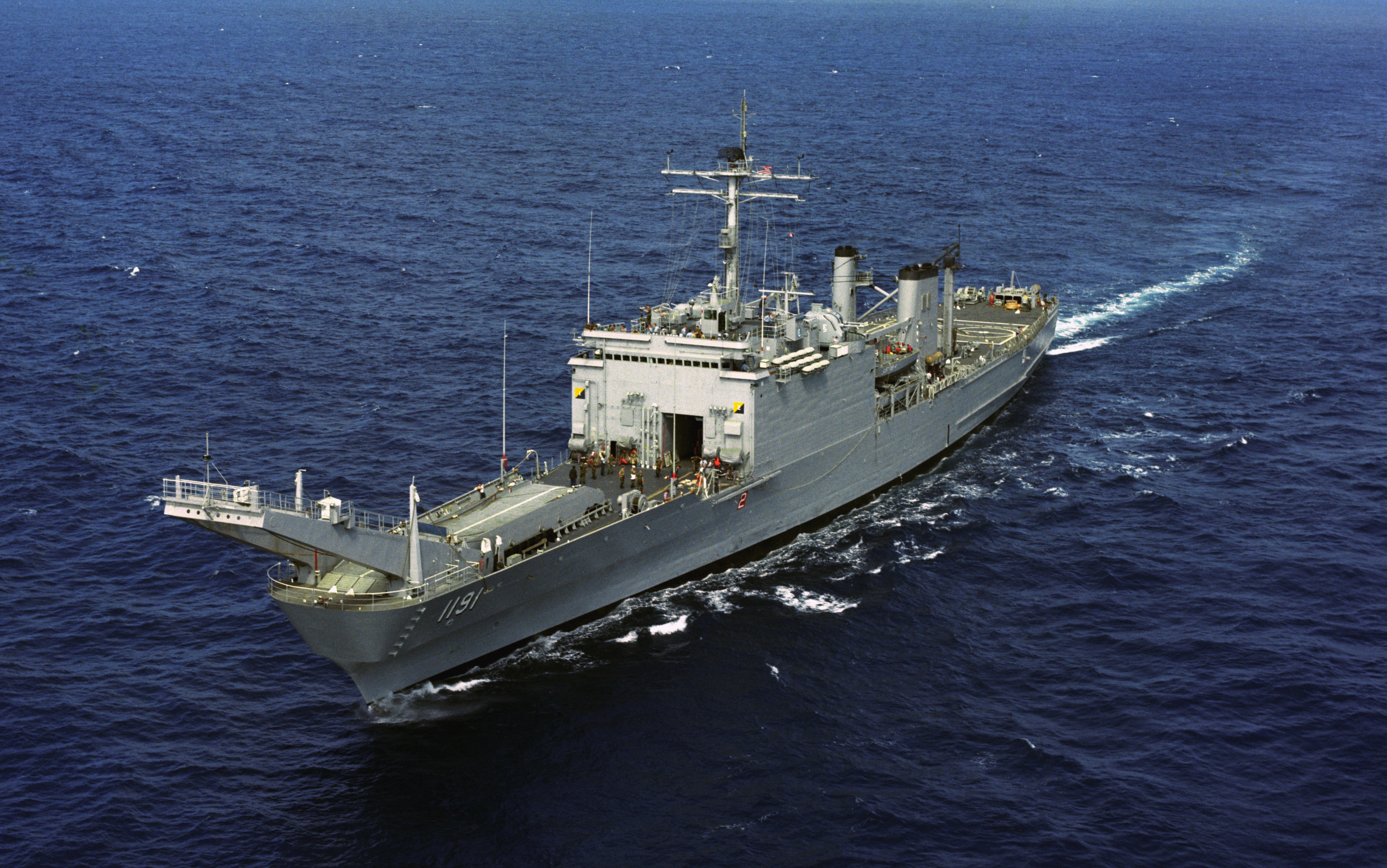 A three-quarter aerial view on the port side of the Newport-class tank landing ship USS Racine (LST-1191) underway. US Navy Photo

“The ability to maneuver is coast to coast. And that created a grounding requirement. It comes with a lot of dusting off the books and how do we design ships to fail,” Searles said.

Previous concepts have suggested a stern-first landing ship, but a fictional concept Searles presented Thursday at the National Defense Industry Association’s Expeditionary Warfare conference showed a ship that would unload from the bow.

“We are in full press with all stakeholders, working closely with our teammates to bring this capability…working to get the right balance of survivability and affordability to deliver this capability that the fleet needs, the commander needs , in support of force design and in support of distributed maritime operations.

Going forward, the services expect a “full and open competition” once they release the RFP for the detail, design and build phase, according to Tom Rivers, executive director of the amphibious office. , auxiliary and maritime transport within the executive office of the programme. for ships.

After issuing five “conceptual design” contracts to five companies last year, those same five companies recently received options for the preliminary design phase, Rivers said. Companies working on the preliminary design are Fincantieri, Austal USA, VT Halter Marine, Bollinger and TAI Engineers.
“So LAW – the initial thought process is based on parenting designs that already exist in the world today to, again, reduce our risk,” Rivers said at the conference. “As new requirements are generated by the Pentagon, we actually share them with the shipyards so they can kind of see what we think of how it evolves over time and then they can kind of incorporate that into the – and they come back to us and say, ‘hey, here’s the impact of this particular change on our setup.’ Whether small or large, we take this into account in the final requirements. »

This kind of process helps the Navy figure out what it can do with the different parental designs, Rivers said.

“We’re looking to make sure we have our minimum requirements, but we’re also trying to see what is the maximum capacity we can get for the amount of money we can afford to buy,” he said. .

The current goal is to keep LAW’s cost at $150 million per hull, Rivers said. 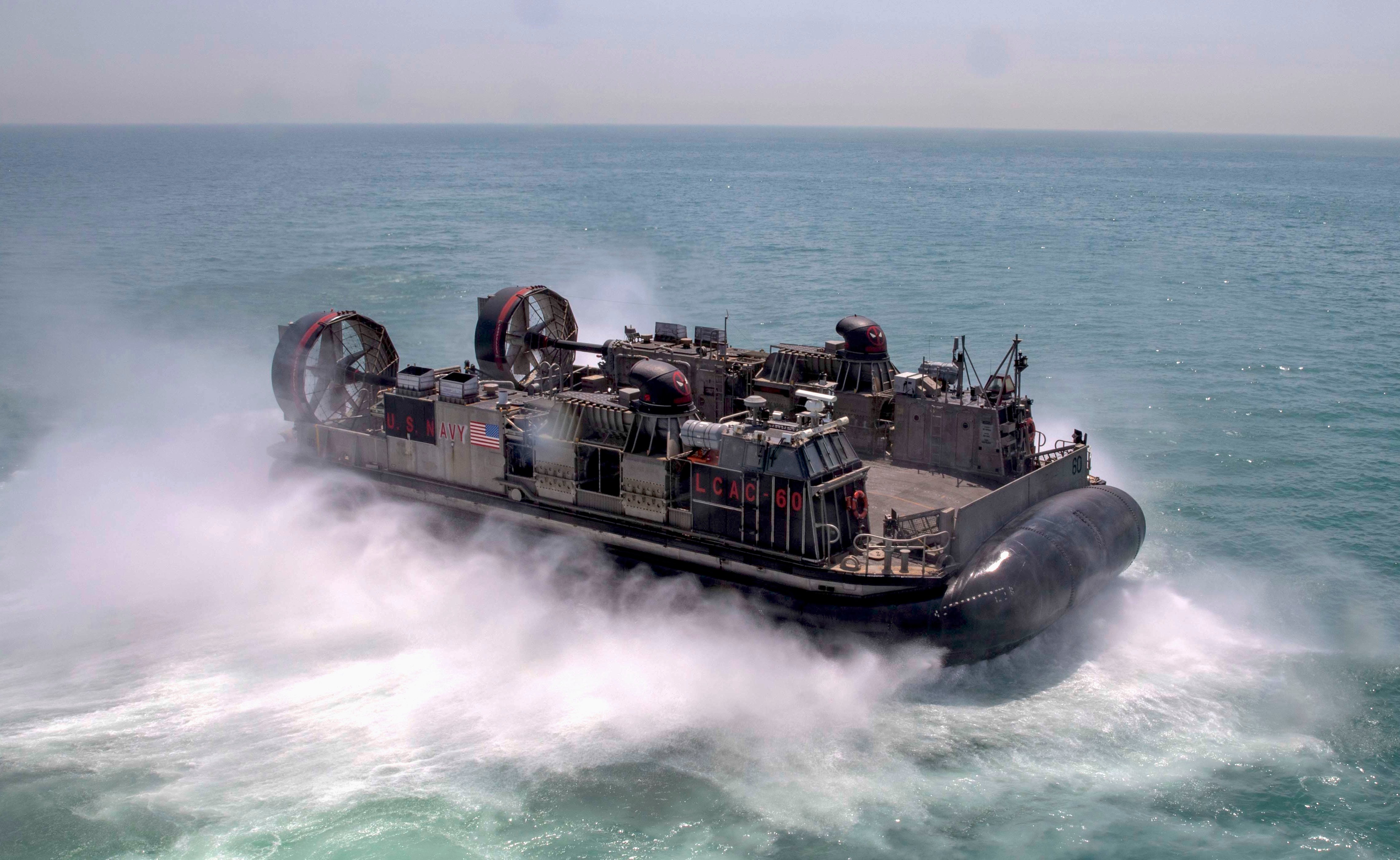 “We’re trying to buy the ship within budget, but we’re also looking at the range of possibilities right now for the different types of technologies, the different survivability and recoverability aspects. How much does it cost ? How does this fit into the design? “, did he declare.

“And in the end, if the determination is that the requirements are necessary no matter what, then the budget will be adjusted according to those requirements.”

Searles said his program builds on the Navy’s ongoing efforts to develop autonomous systems and seeks to reduce the number of sailors needed to man a LAW.

“It is our plan in our strategy to incorporate many of these features into the requirements of [the] Light amphibious warfare ship as well. Above all, what interests us for LAW is that it will be a very sparsely manned ship,” Serales said.

“The idea is not to have a huge crew, we have an objective at the moment, I think we are at 59 for the crew. And we think that’s too much. We wish it were less, but we know from our previous forays as a Navy into lightly crewed ships, that it’s a challenge for these small crews.

Marine Corps Commandant General David Berger said earlier this week that the LOI is intended to supplement the fleet’s large-deck amphibious warfare ships. Berger repeatedly stated that the Navy needed to purchase LAW quickly and affordably. But the ship’s purchase would come from the Navy’s shipbuilding account, which has several big line items to pay in the coming years.

“There is no trade-off. Our capability in the industrial base can handle both. have the capability. And they are complementary capabilities. They are not substitutes for each other because a traditional amphibious ship has all the attributes that we have come to know and love so much over the years and that a maritime expeditionary unit and an amphibious ready group used,” Berger said at the conference on Tuesday.

“The light amphibious warfare vessel is no substitute for that. It’s the tactical mobility to move a smaller element organically that fits this replacement force approach that we’re taking,” he continued. “The industrial base has the capacity. No, they do not substitute each other. These are complementary abilities.