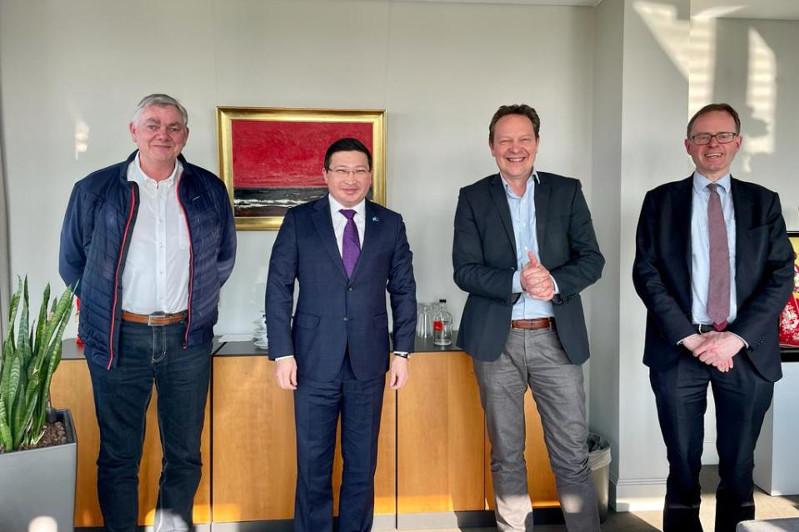 NUR-SULTAN. KAZINFORM – Ambassador of Kazakhstan Margulan Baimukhan visited the administrative center of the Belgian region of Flanders – the city of Bruges – where he met the mayor of the city, as well as stakeholders of the international seaport of Zeebrugge, and the company “Pattyn Group”, Kazinform learned from the press service of the Kazakh Foreign Ministry.

During the meeting with the Mayor of Bruges Dirk De Fauw, the parties discussed the prospects for bilateral and interregional cooperation. The Belgian mayor has already visited some Central Asian countries, expressed interest in visiting the regions of Kazakhstan. The Kazakh diplomat invited the Belgian representative to the Nauryz celebrations which will be hosted by the embassy. An agreement was reached to develop interregional cooperation, as well as to organize meetings with Kazakh counterparts during D. De Fauw’s visit to Kazakhstan.

A separate meeting took place with the management of the Belgian port of Zeebrugge, the second largest port in Belgium (after the port of Antwerp), and one of the largest logistics hubs in Europe. The port handles more than 50 million tonnes annually, 20% of which is attributable to the automotive industry.

The parties discussed issues of increased cooperation in the context of developments around international transport and transit corridors. The Kazakh ambassador proposed the organization of workshops for the employees of the ports of Kazakhstan and the establishment of cooperation with the ports of Aktau and Kuryk. Port CEO Tom Hautekiet has shown particular interest in the development of the Trans-Caspian International Shipping Route. The parties have agreed to exchange regular updates regarding transportation and transit matters. 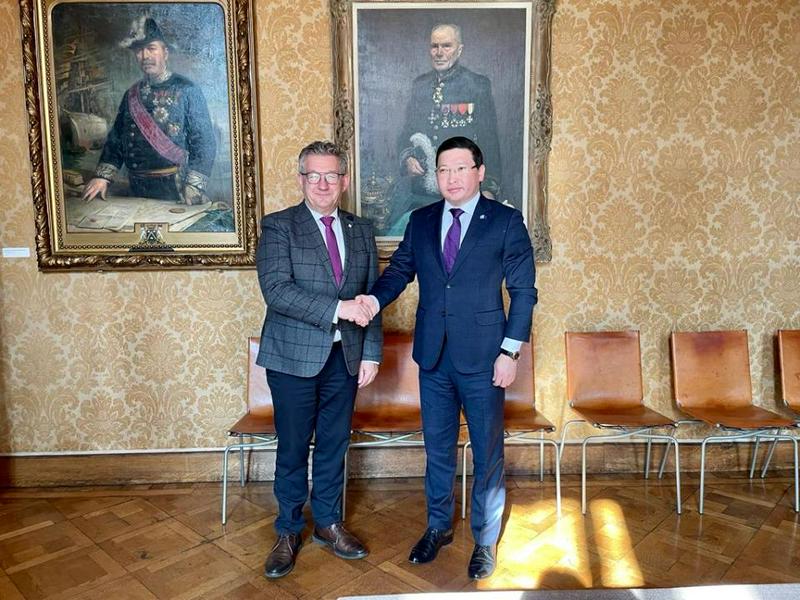 The ambassador also met with the CEO of the Belgian company “Pattyn Group”, Stan Pattyn, the commercial director of the company, Karel Vanduynslager, and the CEO of “Antagro”, Laurent Anthoons. “Pattyn Group” works in the field of development of automated systems for packaging, weighing, filling or counting products for industrial use. The company already delivers its goods to Almaty, Karaganda and Shymkent. In November 2021, representatives of the “Pattyn Group” visited Nursultan and Almaty as part of the AWEX economic mission.

Mr. Baimukhan informed the interlocutors about the situation in the packaging industry of Kazakhstan, as well as investment and export preferences for foreign investors. Discussing the possibility of the Belgian company’s presence in Kazakhstan, the Ambassador discussed the prospects for entering the markets in the region around Kazakhstan and agreed to maintain constant contact to help establish direct links between the “Pattyn group” and Kazakh manufacturing enterprises.

“Pattyn Group” is a family business for the mass production of industrial packaging. The company was founded in 1952 as “Pattyn Packing Lines”. Today, the “Pattyn Group” consists of 8 divisions. The company has its innovative and patented counting system with a three-dimensional image for the production of bread and confectionery. The company’s turnover in 2020 amounted to 80 million euros. 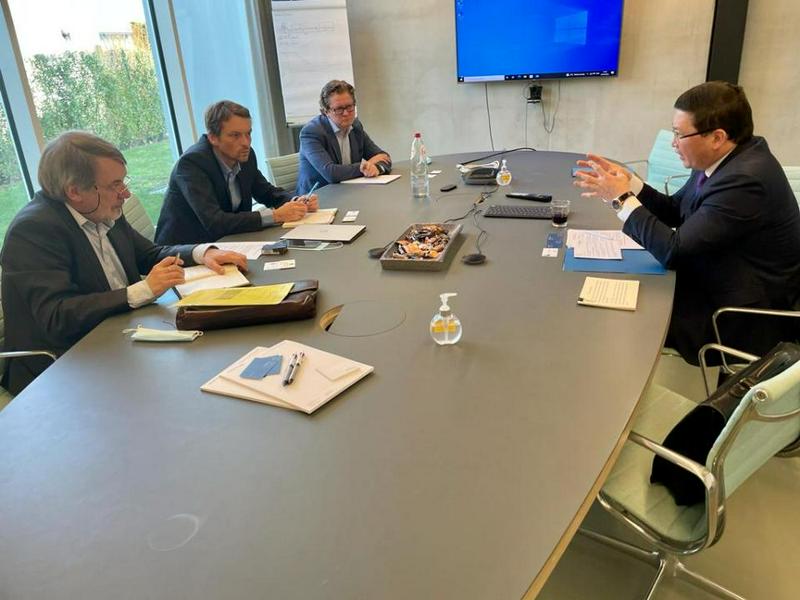