Ssemiconductor shortages still interfere with truck makers’ efforts to produce enough trucks to fulfill customer order commitments – and truck makers may not be able to meet demand until well into next yearACT reported in the latest version of its Summary of commercial vehicle dealers.

“Recent comments from semiconductor industry leaders point to a more cautious outlook for longer,” said Kenny Vieth, President and Principal Analyst of ACT. “ASML, a key supplier of semiconductor production equipment, recently denounced a “significant shortage of semiconductor manufacturing capacity this year and next year”. In light of this and other industry feedback, we believe that lower chip availability for longer is likely to constrain the industry’s ability to meet otherwise strong customer demand. 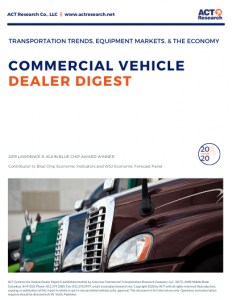 …truck makers may not be able to meet demand until well into next year, ACT reported in the latest version of its Commercial Vehicle Dealer Digest.

The monthly report includes a high-level forecast summary, with transportation information for use by commercial vehicle dealer executives, reviewing high-level considerations such as rental indices, freight, segments heavy- and medium-duty trailers, the total US trailer market, used trailers, truck sales information, and a review of the US macroeconomy, according to ACT.

Vieth noted that half of the world’s supply of neon, which is an essential material in chip production, is concentrated in Odessa, Ukraine.where manufacturing has been halted since February due to the approach and possible invasion of Ukraine by Russian forces.

“The gases that were purified in Ukraine were generated by Russian steelmakers. A rush for resources is underway and stocks are limited,” he also noted.

But ACT continues to expect a higher build, despite these production challenges.

When asked why, Vieth said, “Carrier profitability is robust, and we expect any recession to be shallow and short-lived at this point, and our Class 8 models indicate pent-up demand. , as well as pre-purchase potential ahead of the California Air Resources Board’s costly Clean Truck mandate.

Normally, when new commercial vehicle manufacturing and deliveries are limited (as they have been for many months), used truck sales are higher. This was not the case in April, when retail sales of the heaviest used trucks fell along with their average price.ACT reported May 26 in an update to another report, State of the Industry: US Class 3-8 Used Trucks. 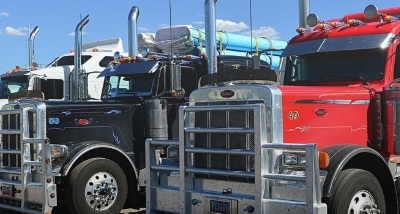 Used Class 8 retail volumes were down 24% month-over-month in April. Longer term, volumes are down 40% year over year

Pre-owned Class 8 retail volumes (same dealership sales) were down 24% month-over-month in April. Longer term, volumes are down 40% year over year, ACT also reported. Average prices were down 1% in April from March, but used trucks were 75% more expensive than last April. Average mileage and age were up slightly from March, at over 3% and over 4%, respectively, with miles up 6% year-over-year and age up 7% higher than last April.

“Retail sales of used Class 8 trucks at the same dealership fell slightly in April. While normal seasonality predicted an 8% decline, lumpy new truck sales and a lack of used truck inventory are the most likely culprits for the April slowdown,” said Steve Tam, Vice President at ACT Research.

He continued: “April new truck sales point to further weakness in the secondary market, although the March rally has yet to work its way through the inventory maze. April’s shortfall marks the 10th straight month of year-over-year declines in sales, which were crippled by the reduced flow of units into used-truck inventory. A snapshot of near-term expectations suggests that sales are generally below average in May, then return to normal in June and July before picking up again in August. »

Asked about the impact of the supply chain on the US used truck market, Tam added:

“As automakers yearn for higher new truck production and sales, which would likely benefit the used truck market, the relief they seek on the supply chain front has proven elusive. .”

About the current request, he added:

“Inflation continues to weigh on consumer confidence and spending. While spot freight markets bore the brunt of the initial slowdown, contract markets are unlikely to come out unscathed. Collectively, the decline in demand for trucks while capacity additions are still occurring has the intended and understandable effect of driving down prices for freight transportation and used trucks.